Head of Medical Genetics Department of Kocaeli University Prof. Dr. Hakan Savlı and Assoc. Dr. Genetic maps of samples taken from 56 patients diagnosed with British mutated coronavirus by Naci Çine were drawn. Stating that different types of mutations were encountered in some patients in the studies, Savlı said, “We observed 243 different mutations in 56 patients and we saw that they were distributed to patients in different combinations. We also saw that these variants were mutually shared among the strains we found. “We saw that it was transferred to our patients and the virus evolved in a compound structure,” he said.

Head of Medical Genetics Department of Kocaeli University Prof. Dr. Hakan Savlı and lecturer Assoc. Dr. In their research, Naci Çine performed ‘whole gene new generation sequence analysis’ on viral RNA prefixes obtained from 56 people who received coronavirus treatment in the first quarter of 2021. In the genetic maps obtained from the analyzes, 243 different mutations spread across 56 samples in different combinations were detected. While it was determined that some patients carried more than one mutated virus at the same time, it was revealed that some patients who were previously diagnosed with a British mutation with PCR tests actually carried a South African mutation. In addition, in this study, it was determined that the coronavirus has not yet undergone a mutation that can be called a Turkish variant.

‘THE VIRUS ACTED BY ACCUMULATING NEW MUTATION ON ITS JOURNEY’

Stating that the virus continues to gain new mutations after its emergence in China, Assoc. Dr. Naci Çine said, “The virus was not like this when it came out of China and spread to Europe. During this journey, it moved by accumulating new mutations on it and spread to Europe. As these mutations accumulated on the virus, each mutation added different features to the virus. The biggest thing in genetics is. The principle of unpredictability. It would not be very correct for us to predict where the virus will go in the following processes. We see that the B.1.1.7 lineage, which emerged 2 months ago, is a coronavirus subtype that carries a set of mutations. This lineage, which emerged 2 months ago, has become the dominant lineage in Europe in a way that no one could have predicted. 3 months ago, there were more than one Covid virus lineage in Europe, now there are 70% to 80% British lineage, “he said. . 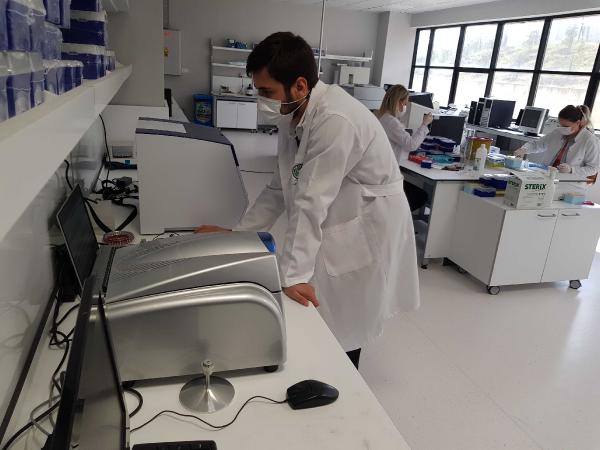 “These variable mutations that the virus has, accumulating mutations on itself, can add new features to the virus that none of us can predict. This is always a risk. Therefore, social genome research, studies that look at the genome of the virus collectively are always valuable. These 2 different types carry overlapping mutations. But the main thing is that they also carry mutations that differ from each other. The mutations they dissociate give them character. However, in the South African lineage, this virus has a genetic profile change in which this virus escapes the immune systems, deceives the immune system and becomes silent against it. there is a data. This shows that we will encounter a result that a mutation in the virus will not affect the virus against acquired immunity and immunity provided by the vaccine. But this information needs to be confirmed by other studies. “ 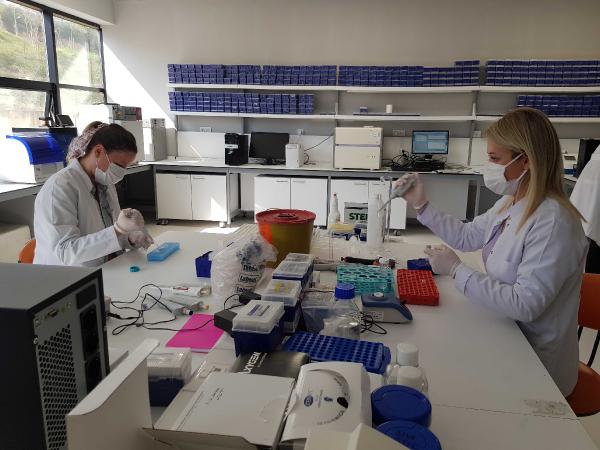 ‘WE WATCHED 243 DIFFERENT MUTATIONS IN OUR56 PATIENTS’

Stating that there were 243 different mutations in 56 patients whose samples were examined, Prof. Dr. Savlı said, “Our study is a full genome analysis of 56 people who applied to our hospital. These patients are people who have positive PCR tests and receive Covid treatment. 7 of them previously followed the so-called British mutation in a PCR-based study. We wanted to see what map it had. First of all, we observed 243 different mutations in these 56 patients. We saw that they were distributed among patients in different combinations. In compound mutations instead of concepts such as d e was passed on to our patients and the virus evolved in a compound structure. “We have watched that the parts we call the South African ancestry are more critical parts for us.” 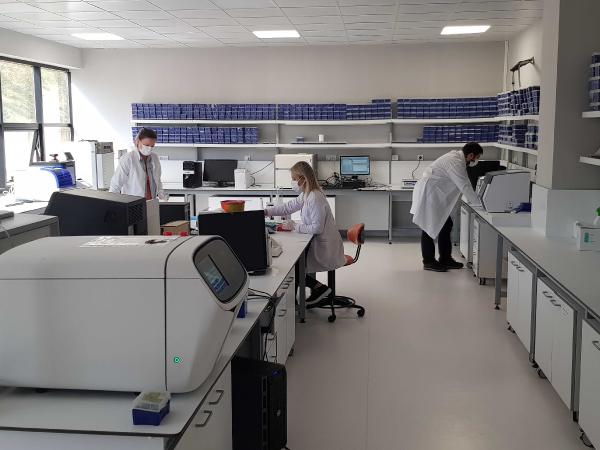 ‘WE DID NOT SEE TURKISH MUTATION “

Stating that no mutation that can be called a ‘Turkish variant’ has yet been encountered in his studies, Prof. Dr. Savlı said, “We need to see what we are confronted with periodically or in atypical cases by analyzing the sequence. The good news is that we have not seen a new formation, which we call a Turkish variant, a Turkish mutation, in patients we have seen in Kocaeli in these last 3 months. For this, we need to keep under constant control whether there is a Turkish variant by mapping viruses with the method we call sequential analysis. Sequence analysis cannot be applied to every patient whose result is positive. Because it is expensive and requires professional teams. PCR is again the gold standard, the best test. Perhaps, according to the new regions that will emerge in sequence analysis, it is necessary to produce new PCR tests and to monitor the epidemic dynamically. In other words, the virus mapping should be applied more intensively with the dynamic approach to the epidemic, “he said.