In the US, scientists have developed ‘ultra white’ paint, stating that the paint reflects more than 98 percent of the sun’s rays. Scientists stated that ultra-white paint will help save energy and combat climate change.

Purdue University scientists in West Lafayette, Indiana, have developed an ‘ultra-white’ paint that reflects more than 98 percent of the sun’s rays. It was stated that ultra-white paint, which will help to save energy and combat climate change, reflects much more rays than the white paints currently used.

Professor of Purdue University. “This is a big issue, because every 1 percent reflection you get means 10 watts less heat per square meter than the heat from the Sun,” Xiulin Ruan said. Professor Ruan said, “So we estimate that if you use our paint to cover a roof area of ​​about 93 square meters, you can achieve 10 kilowatts of cooling power. This is more powerful than central air conditioners used by most homes, ”he noted. 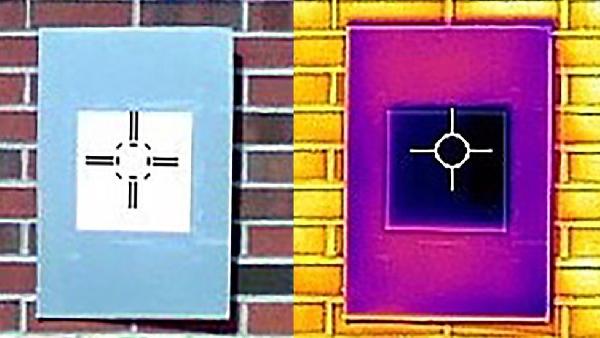 The new paint contains a compound called barium sulfate, which is also used in photo paper and cosmetics. “We are guessing that if we paint only 1 percent of the Earth’s surface with this paint – an area that perhaps nobody lives in a rock-covered area – it could help combat this climate change trend,” said Prof Ruan.