Space agencies of many countries continue their research and work on Mars, known as the Red Planet.

The Hope probe, which the United Arab Emirates (UAE) sent to space as part of its first Mars mission, completed the 494 million-kilometer road after 7 months and successfully settled in the orbit of Mars. An interesting celebration method was chosen after the success of the country’s first Mars mission.

Images of two Martian Moons were projected onto the sky to celebrate the country’s Mars mission. UAE Media Office projected images of two satellites of the planet into the skies of Dubai.

Those who did not know about this celebration were surprised for a while. In order to see the Phobos and Deimos satellites of the Red Planet from long distances, a 40-meter large curtain was used with 100-meter cranes. 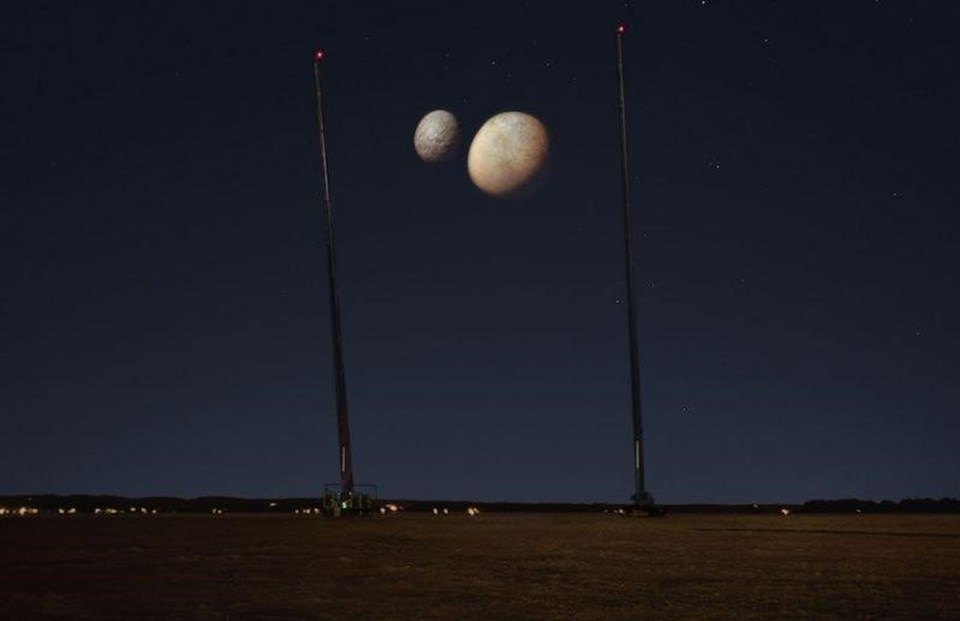 With the Mars program, the UAE is trying to improve its scientific and technological capabilities and reduce its dependence on oil.

The UAE Space Agency also has a plan to establish a settlement on Mars by 2117. The UAE’s Mars program cost about $ 200 million.