A snail fossil, estimated to date back to the Paleocene period, was found in the 1500-altitude Arslanköy neighborhood of Mersin’s central Toroslar district. The cyclist, Süleyman Uygun, who found the fossil, donated it to the museum at Mersin University (MEÜ) Faculty of Fisheries. The reviewer Prof. Dr. Deniz Ayas said that the snail fossil is a rare species and dates back 60 million years.

Süleyman Uygun, who was on his bike 5 days ago, found a snail fossil in the 1500-altitude Arslanköy neighborhood, 60 kilometers from the city center, in the Taurus Mountains. Uygun took the fossil, which he thought was a piece of stone, and shared his photo on his social media account. Having learned that the snail fossil he found in the field as a result of his research, Uygun donated it to the Sea Creatures Museum opened at MEU Faculty of Fisheries. The reviewer Prof. Dr. Deniz Ayas said that the snail fossil is a rare species and belongs to the Paleocene period from 60 million years ago.

Süleyman Uygun, who said he was excited when he learned the history of the snail fossil, said, “While I was cycling in the field, my brother’s son, Uygar, said that he saw something on the ground. I got off the bike, liked its shape, took it with me and shared it on social media. “We donated it to the museum and wanted everyone to see it.” 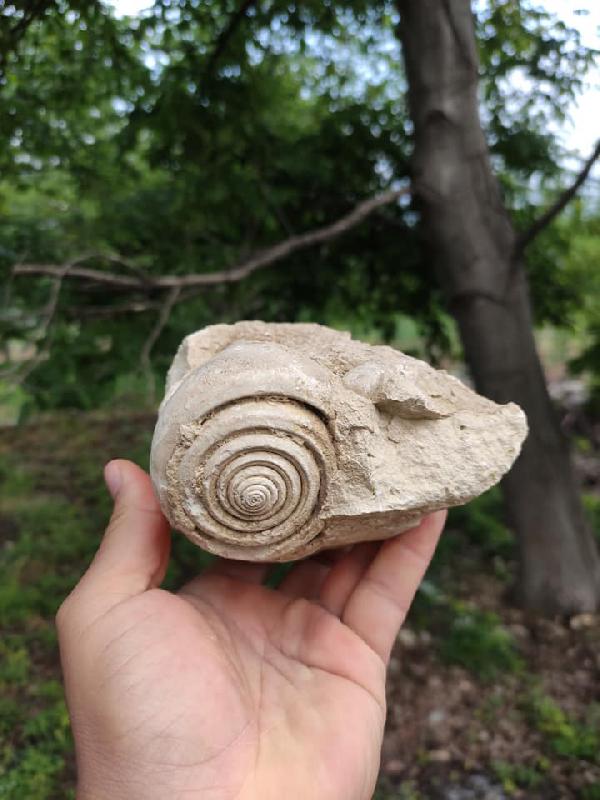 ‘FOSSIL WITH THE ENDER’

Stating that the stone belongs to the Paleocene Period, Prof. Dr. On the other hand, Deniz Ayas “A large number of fossils are obtained in the Taurus. Anatolia was the base of the Tethys Sea in ancient times. Anatolia is a region that emerged as a result of the African continent’s thrust on Eurasia. Therefore, it contains a large number of marine fossils. This is a snail fossil from the Paleocene period.” They can be fossilized easily because they are limestone skeletons. We see a large number of fossils in this region, but this is one of the rarer ones, “he said. 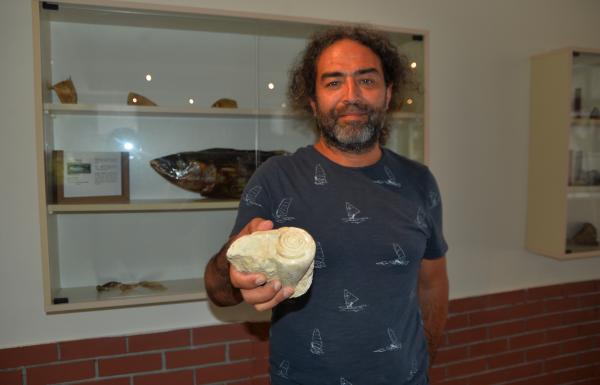 Noting that they will exhibit the fossil in the museum after they have made detailed examinations, Ayas said, “The Paleocene period is about 60 million years ago. We cannot talk about Anatolia in this period. Anatolia is the base of the Tethys Sea. There are many examples of sea creatures from those times. Mersin is very rich in fossils. People come across these fossils while wandering in nature. It is interesting to people and they keep them in their homes. This is not true because fossils have scientific importance. Museums, fossils are seen by other people. “I call on those who have fossils to donate them to the museum.” 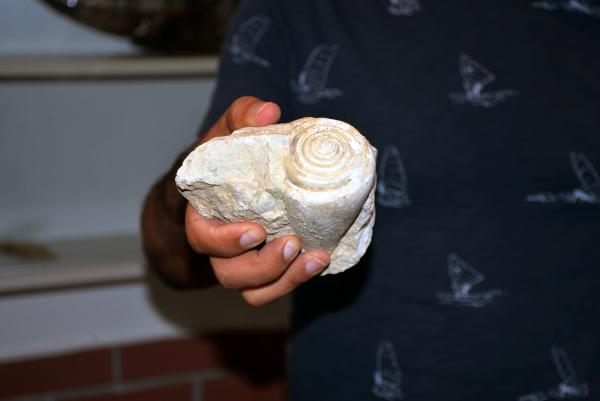