The US Aerospace Agency (NASA) shared the results of the research at Salda Lake in Burdur, which has a similar mineral formation and geological structure, as it prepares to send the spacecraft Perseverance, which will look for the trace of life in Jezero Crater on Mars. “We have some ideas about what to expect thanks to Salda Lake,” the announcement titled ‘The countdown to Mars has begun’ said.

NASA ‘from NASA’s Earth has a Twitter account, Jezero on Mars to conduct inspections on the crater and signs of life that will call spacecraft Perseverancia start the countdown to the launch by announcing, located in Burdur and’ Turkey Maldives are known as ‘Salt Lake’ and the results of scientific studies carried out by the NASA team in Salda Lake.

In the post, where the photo of Salda Lake and Jezero Crater was shared, “The countdown to Mars has begun! It is so hard to believe that the NASA Persevere rover will make contact with Jezero Crater in just one day. Thanks to the crater but no one has set foot in Turkey Salt Lake have some idea of ​​what we might expect “the statement said. 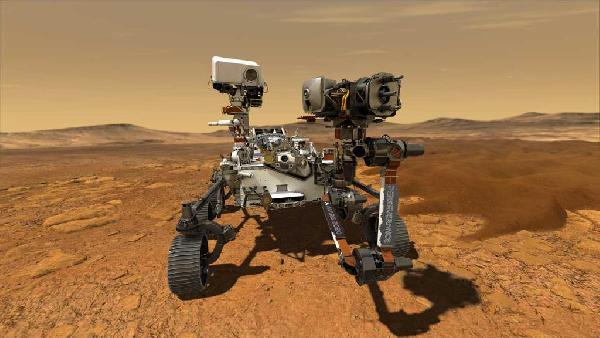 On the NASA website, the results of the work NASA experts carried out on Salda Lake were announced. Many photographs related to the research, such as underwater microbialites from Salda Lake, the exposed island of old microbialites, the alluvial fan, old and new microbialites, sedimentary surfaces are also included.

‘A LAKE MARS TELL US IN TURKEY’

‘Mars may tell us a lake in Turkey, “the study entitled as follows:

“The Perseverance rover is scheduled to make a historic landing at Jezero Crater on Mars on February 18, 2021. The rover will search the area and collect rock samples to send back to Earth. Although no human has ever set foot inside the crater, researchers have some ideas as to what to expect from a similar landscape on Earth: Salda Lake

A lake in southwest Turkey, with an impact crater on Mars may think that a lot in common, but the two basins contain similar mineralogy and geology. In fact, Lake Salda is the only known lake in the world to contain carbonate minerals and deposition properties (deltas) similar to those found in Jezero Crater, once thought to contain a lake. “

Briony Horgan, a planetary scientist at Purdue University and a member of the Perseverance science team, and his colleagues from Istanbul Technical University went to Lake Salda in the summer of 2019 to study the coastlines and its surroundings. The team aimed to better understand the microbial and geological processes in Lake Salda to guide the search for life in Jezero. There are photographs taken by Horgan’s graduate student Bradley Garczynski at Salda Lake that show some of the features the Perseverance team hoped to find in Jezero Crater.

Using data from NASA’s Mars Expeditionary, the researchers detected a mixture of watershed minerals and possibly carbonate on the western edges of Jezero Crater, which scientists believe was the coastline of an ancient lake. Horgan and his colleagues aim to find out if these deposits are similar to those in Lake Salda.