Isparta ISUBÜ Atabey Vocational School Instructor Oğuzhan Kaygusuz, who went to field inspection in the forest area in Hopa in 2014, noticed a mushroom species that he had never seen before. Kaygusuz, who took a sample from the mushroom, was Prof. Dr. Henning Knudsen, Professor of the Federal Institute of Sao Paulo, Brazil. Dr. Nelson Menolli and Prof. Dr. He worked with İbrahim Türkekul.
During the study, examinations were made in laboratories in Denmark and Brazil. Research was conducted on mushroom collections similar to the new species discovered. At the end of the research, it was determined that the mushroom samples collected belong to a species that was seen for the first time in the world. Mushrooms, lecturer Oguzhan by Kaygusuz because only grown in Turkey ‘Pluteus anatolicus’ was registered with the name. In 2020, Kaygusuz discovered a white mushroom species registered with the name ‘Volvarille Turcica’ because it only grows in Kuşadası, Aydın. 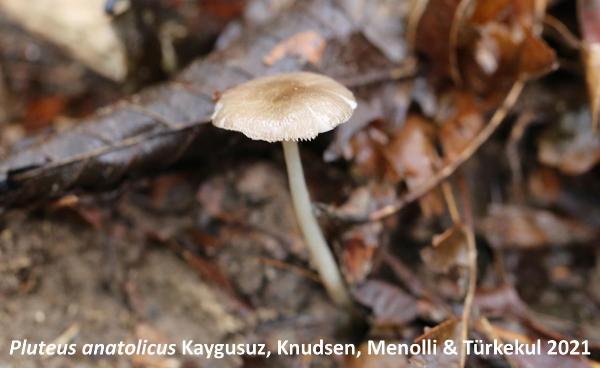 Stating that Turkey is located in a very rich zone in terms of biodiversity ISUB Atabey Vocational School Instructor Oguzhan Kaygusuz, “Our country Euro-Siberian, Mediterranean and Iranian-Turan, including making three different plant host species endemic to the region. 12 thousand in Turkey It is located on the plant species. these species are endemic status above that of the four thousand, about 30 percent. in addition, the fungus over 2 thousand 500 in Turkey grows. also with this issue every day new discoveries are increasing. Artvin With the ‘Pluteus Anatolicus’ we discovered, a new one was added to them, “he said.