In the ‘Project S’ experiment conducted in the town of Serrana, where almost all adults were vaccinated with CoronaVac within the Butantan Institute in Sao Paulo, Brazil, there was a serious decrease in the rates of cases, hospitalizations and deaths. It was stated that the experiment in question could lead to immune strategies against Covid-19 all over the world. The experiment is the first mass vaccination experiment.

In the experiment led by the Butantan Institute, 95 percent of adults in the town of Serrana were given the CoronaVac vaccine, developed by Sinovac in China, between February and April. In the results of the experiment, it was observed that with the vaccination of the adult population in the town, the rate of new cases decreased to 80 percent, the hospitalization rate to 86 percent and the death rate to 95 percent.

Ricardo Palacios, the head of the clinical trials team, stated that the case rates also decreased in people who did not receive the vaccine. . 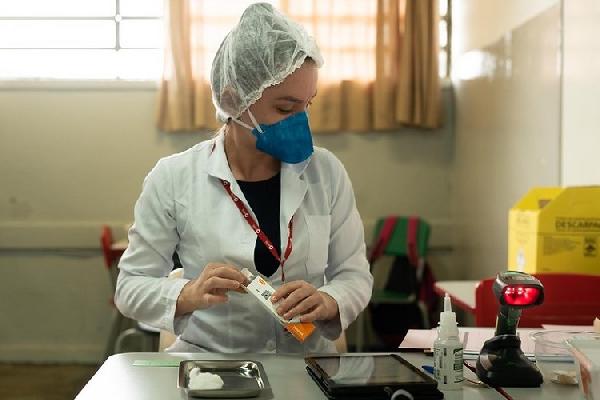 In a written statement from the Butantan Institute, it was announced that 10 thousand people working in the city of Ribeirao Preto near the town of Serrana and other cities did not get the virus. It was stated that the number of cases was high in these cities, but these people were protected from the virus within the scope of the experiment.

EXPERIMENT CAN LEAD THE WORLD

Butantan Institute President Dimas Covas said in a statement regarding the positive results of the experiment, “The important results of the study can support immune strategies in Brazil and around the world and give hope for the control of the pandemic with vaccines such as CoronaVac. We do not need to create islands to ensure the immunity of the population. When the vaccine is presented, people continue to live. “We have succeeded in satisfying their desire to do so. It gives us a glimmer of hope.”

HOW WAS THE EXPERIMENT DONE?

In the statement, information about how the experiment was carried out was also shared. In the experiment, the town of Serrana was divided into four color groups, green, yellow, gray and blue, and 25 different areas. In these areas, vaccines were offered in four stages, respectively, to people who turned 18 years old. Between February 17 and April 17, 27,000 people in the town were included in the vaccination program and were given two doses of the CoronaVac vaccine, 28 days apart. In this context, 95 percent of the town’s adult population has been vaccinated. Emphasizing that it is not necessary to vaccinate the entire population in order to obtain immunity, Palacios said, “We realized that the observed events were not random, they were repeated in four groups at different times. The most important result was to understand that we could control the pandemic even without vaccinating the entire population. A vaccination rate of 70 to 75 percent. When reached, the decrease in the transmission rate was noticed even in the group that has not yet completed the vaccination program.