The spacecraft Perseverance, which means ‘Azim’ in Turkish, which NASA sent last night to make examinations on the Jezero Crater on Mars and search for a trace of life, made a successful landing in the crater, which is similar to Salda Lake in Burdur in terms of its geological structure. TÜBİTAK National Observatory Director Prof. Dr. Sacit Özdemir gave information about Perseverance’s landing on Mars and the expectations.

FOSSIL AND MIGROORGANISMS ARE SEARCHING

Stating that Perseverance is a mobile laboratory of the type called Rover, which has been sent to the surface of Mars until now, Prof. Dr. Sacit Özdemir said, “The biggest of this type of vehicle is maybe about 1 ton and just over 2 meters, it has 23 cameras. His most important goal is to search for the traces and fossils of living things there. It was lowered into a crater where streams or liquids previously thought to have been found on the surface of Mars. If a living thing has lived, creatures in the form we know can live with water. “They will investigate whether there are fossils of microorganisms that previously lived in such a wetland and whose remains have remained”. 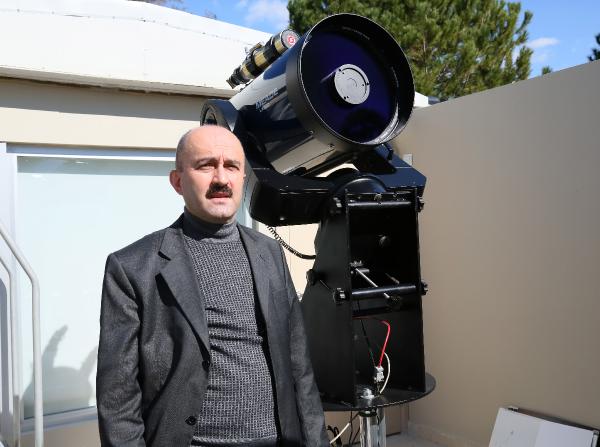 Stating that the probability of finding a trace of life is half, Prof. Dr. Özdemir spoke as follows:

“It’s hard to say anything. Life forms we know of can be associated with water. Living beings can reproduce and develop where there is water. But if there was water on Mars before, in the form we know, was it another kind of liquid that formed those channels, when we look at the traces, we see the traces of a kind of liquid and it is really difficult to know if they really lived here. This is the prime target of spacecraft that are already sent to the surface of Mars, they are looking for traces of whether they will be alive. It was sent to different countries before, but unfortunately no trace has been found so far. Considering these, the impression emerges that this ‘Azim’ spacecraft will not be successful, and that there is no trace of living things. Personally, I don’t think it could make a huge difference. “

DRON TEST WILL BE DONE

Explaining that there are some experimental setups on the spacecraft, Prof. Dr. Özdemir noted that he also brought a drone inside. Stating that there will be a trial in order to ensure fast action, Prof. Dr. Sacit Özdemir said that a custom-made drone was built because it has a thinner atmosphere.

Prof. Dr. Özdemir explained some interesting points on the spacecraft as follows:

“One interesting feature is that the names of about 11 million people around the world were written on a chip and landed on the surface of Mars with this spacecraft. There is a note about this information on the NASA page, but I am not sure if there is a whole list of people. 11 million people downloaded the information he had written the name of the spacecraft to the Martian surface. I do not know if there are applicants from Turkey, a subject that children, especially very interested. “

Stating that Mars can be seen in the sky these days, Prof. Dr. Sacit Özdemir said that after sunset, the planet Mars with a slight brightness in the west and southwest direction, with an astronomical term around a magnitude, can be seen in reddish orange color. Stating that Mars has a distance of 200 million kilometers from Earth, Prof. Dr. Özdemir said, “It is an interesting feature that the signal arrives with the speed of light. Since the speed of light is finite, it takes about 10 minutes. In other words, it takes us 10 minutes to communicate with the Azim spacecraft there, to send a signal, and to send it from here, at the speed of light, with radio signals. In other words, I wanted to emphasize how large distances are in space. That Mars is now the closest planet to earth. Despite this, even saying ‘hello’ with a living being there; It takes about 20 minutes, “he said.