Approximately 100 scientists have revealed that more than 800 thousand whales and dolphins live in the Mediterranean and Black Sea, with a 5-year study. In the study, in which 10 planes and 6 research ships were used, data on other marine creatures such as sea turtles, stingrays, sharks, seabirds and marine litter were also collected.

The study called ‘ACCOBAMS Survey Initiative’, in which 24 countries that signed the Agreement on the Conservation of Setase Species Living in the Black Sea, Mediterranean and the Contiguous Atlantic Region (ACCOBAMS) participated, was completed. With the project initiated in 2016, field studies were aimed to collect information on dolphin and whale (setase) populations of 14 species and subspecies, 11 of which live in the Mediterranean and 3 in the Black Sea.

In the project, which aims to determine the amount and distribution of species under protection today and to evaluate the threats against them, the effectiveness of the 20-year conservation efforts of the relevant countries could also be measured. Within the scope of the project, both visual and acoustic monitoring methods were used in the researches, while the first large-scale marine megafauna monitoring surveys of the Mediterranean and Black Sea were conducted in 2018 and 2019. 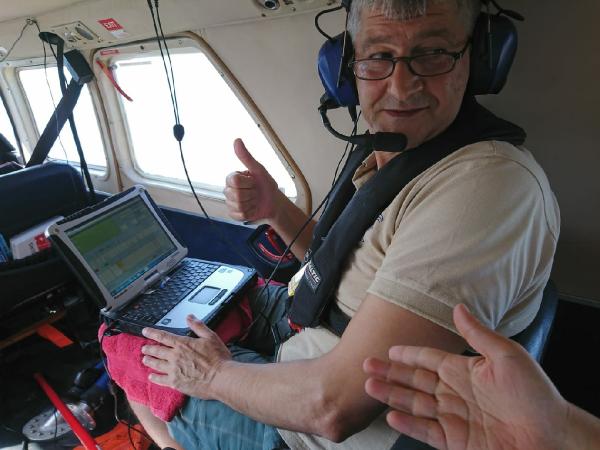 In the research supported by the Turkish Marine Research Foundation (TÜDAV) as researchers and logistics, around 100 scientists from ACCOBAMS countries, as well as 10 specially equipped aircraft, 6 research ships and many institutions and organizations worked together. In the project, data on dolphins and whales, as well as other marine creatures such as sea turtles, stingrays, sharks, seabirds, and marine litter could be collected.

After two years of comprehensive analysis of the data obtained, the results were presented online today on the internet. The international event brought together more than 250 participants, including scientists, administrators, politicians and NGO representatives, who are dedicated to the conservation of sensitive marine ecosystems and endangered species. 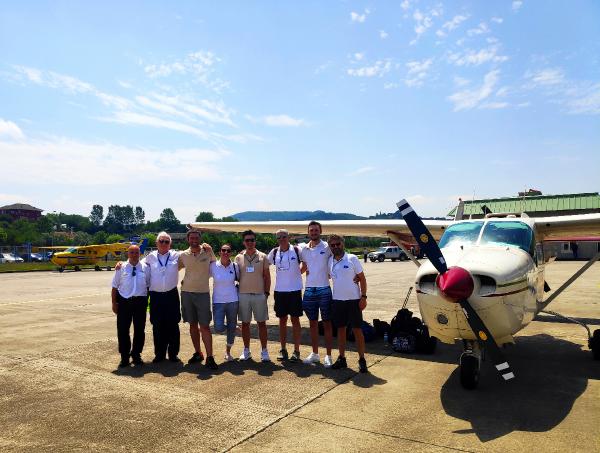 FROM THE RESEARCH RESULTS 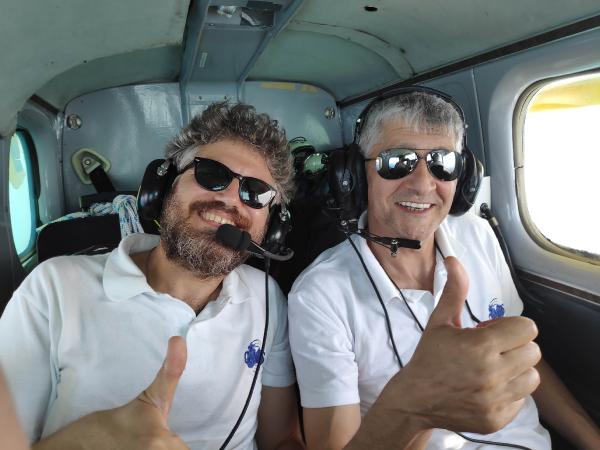 “WE ARE VERY EXCITING AND HAPPY”

From the team that supported the project, Istanbul University Faculty of Aquatic Sciences faculty member and TÜDAV Vice President Assoc. Arda Tonay described the announcement of the results as “a very good day for scientists working in marine sciences”. Associate Professor. Tonay told the DHA reporter:

“Today, population abundances of census and estimates of marine mammals living in this region have been announced. With the ASI and CeNoBS projects, we counted the dolphins and whales in the region with the participation of approximately 10 aircraft, 6 sea vehicles, and more than 100 scientists in the Mediterranean in 2018 and Black Sea in 2019. Today, the final finale of this long run is the conclusion. The results of our work were announced at the meeting held online with the participation of approximately 250 people from all over the world. We are very excited and happy. According to the project results, it is estimated that a total of 800 thousand dolphins and whales live in the whole Mediterranean and Black Sea from the Strait of Gibraltar to the Suez Canal. “